Posted on September 11, 2011 by corradiniphoto

i wasn’t going to post today.  I figured that there would be thousands of blogs out there about 9/11, and i just didn’t know if i had a strong enough message that warranted someone taking 4 minutes out of this precious day to read it.

I didn’t know anyone that died on September 11th.  In the closest Kevin Bacon type six degrees manner i can fathom, i can say i had friends of friends.  But no one who was once in my contact list on my phone, no one i had ever e-mailed, no one that i knew of with whom i had gone to school.

But i did have a baby in 2001.  And on that morning, like every morning, my 8 month old girl woke up crying with hunger, and i picked her up from her crib and brought her into my bed to nurse her.  Like every morning, i heard my husband coming back from his run, hearing the familiar unzip of his jacket.  And per the routine, i snuggled up Savannah to my chest and turned on the morning news.

The first tower had just been hit.  Matt Lauer and Katie Couric were reporting that it was still not known if it was an act of terrorism, or if it was a horrific failure of a jet trying to safely land.  Moments later, the second plane hit.

The rest, we know. How that day unfolded, i will never forget.

I wanted her to see that through loss, comes the re-build.

That it’s ok to be angry, and to cry, and to fear, and to despair.

But it is equally important to heal, and to give back, and to pay it forward.

And this, i think, is what i am feeling most today… why isn’t it that all of us, as humans, are not doing everything we can, even in the most minor of ways, to contribute peacefully to society.

That doesn’t mean joining the Peace Corps.  It doesn’t need to be a massive change in your life! it is simple things!

Love your new bike?  awesome.  Ride it to your closest fire station and say thank you to the men and women that volunteer to keep us safe.

And those new amazing fall boots you just gotta have.  Really?  can they wait, can that $200 go to a local non-profit?

Love your friend’s status update that spreads a positive vibe and brightens your day?  Tell them it did!

because out in space there are no green headed Shrek-like high school football players banging bubble headed cheerleaders behind the proverbial red sand 50 yard line.  Mars sure-for-shit ain’t happenin’ as a secondary option when we all kill ourselves off and fuck up this planet.

And there’s no new “new” Earth out there either. Astronomers have not yet, to my knowledge, found another big blue and green marble with endless fields of fruit, cattle, and grain.  There are no additional oceans where fish are thriving on non-plastic laden lower-in-the-food-chain species, and mercury free dolphins are living without danger of slaughter in the quest to find the perfect Sea World hoop jumping hero.  No globe whereby the Israeli and Palistinian children are playing pickle-in-the-middle, no world where young Thai girls are jump roping on a saturday afternoon, safe from the fear of being sold into the sex trade.

We got one place, gang.  you, me, and everybody else.

And i’m not saying this as a feminist, or an atheist, a liberalist or a pacifist.

Mainly, just as a humanist.

Let’s honor the victims of 9/11 and all the men and women fighting for our freedom by living bigger.

To the victims of 9/11 and their families and friends,

May peace find you. 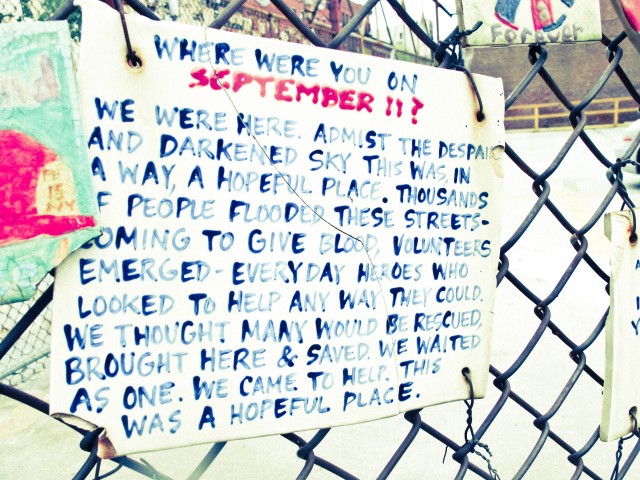 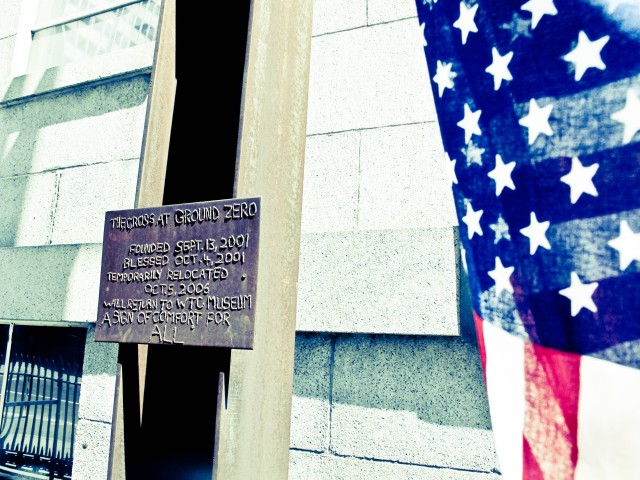 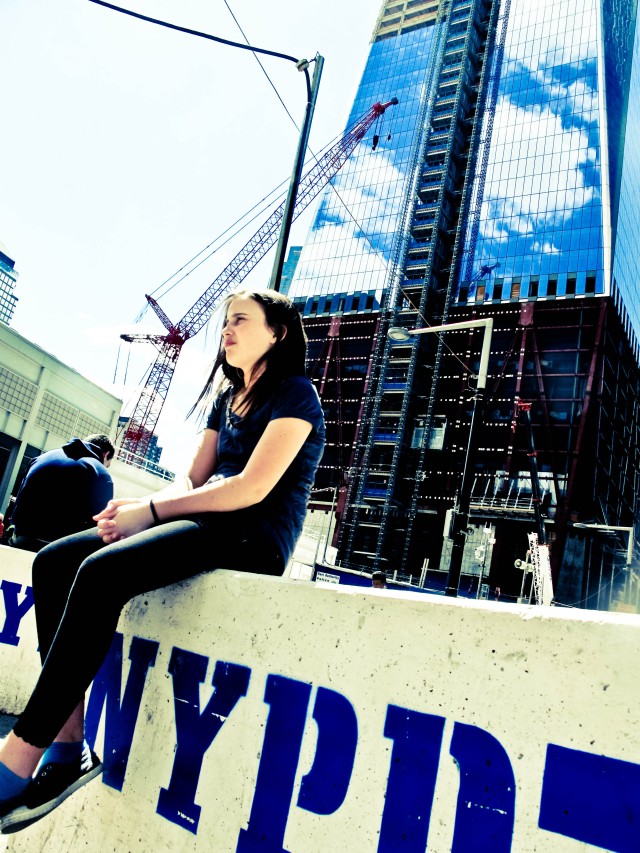 author’s note:  the photos are all mine, but the analogy of the martian football player/cheerleader was inspired by a posting by Mike Lacher entitled “I’m Comic Sans, Asshole” on the Timothy McSweeney blog.