alive for a second.

ok, i should start by saying that i’m writing this post after drinking an entire bottle of Chardonnay. It’s not going to be deep, or maybe it will.

Secondly, there is a high probability that it is going to suck.

But i just returned from a 4 day trip to New York City with my family, and i’ve got some really great pointers, goddamnit, especially if you are going anytime in the near future and are looking for some advice on the “down-low” of NYC from a non New-Yorker POV.

i’ll try not to be random.  I’ll try to group shit so it makes sense. And for sure, i am going to back it up with photos to prove that i’m not lying my ass off.

So here we go.

TOP 10 THINGS I OBSERVED IN NYC: 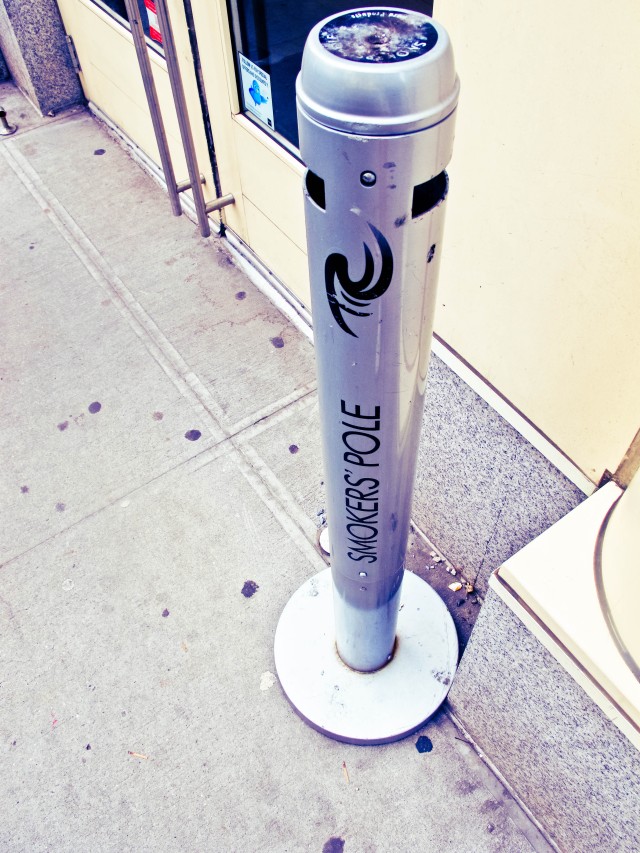 Smoke and you have a way better chance of dying that those of us that don’t.

Second, do you really need a pole?  Did you ask for a pole?  On the one hand, i’m at least very grateful that it’s grammatically correct, with the apostrophe after the “s” and all.  that’s just me.  But on the other hand, i’m still super bummed that people still smoke.  I have a lot of friends that still smoke (albeit more when they are drunk), and it bums me out because i really want them to be hanging around with me when i’m 90.  anyway, a pole?  huh.  bummed.

Hands down, it goes to this lady.  for the sake of argument, we’ll call her Eleanor.  But i’d like you to all say it in your head like it is supposed to be said:  “Elle-ah-noah”.

oh my god this woman was awesome on so many levels.  first, the Pink.  most obvious, obviously.  Second, the red frizzy hair (or Hay-yah) coming out of the pink baseball cap.  But the best, the BEST, was her t-shirt.  If you zoom in to this photo, you will see, get ready for this:

A KITTEN LYING IN A HAMMOCK WITH A QUOTE UNDERNEATH SAYING “DO NOT DISTURB”.

OK, so this one was unexpected.  We were in Chinatown (more on that later), and i was craving (in an un-natural AC-ish way) bubble tea.  So we see this sign saying “best bubble tea” and of course, like a fish drawn to a fly, i bite.

so we go in, and are welcomed by this: 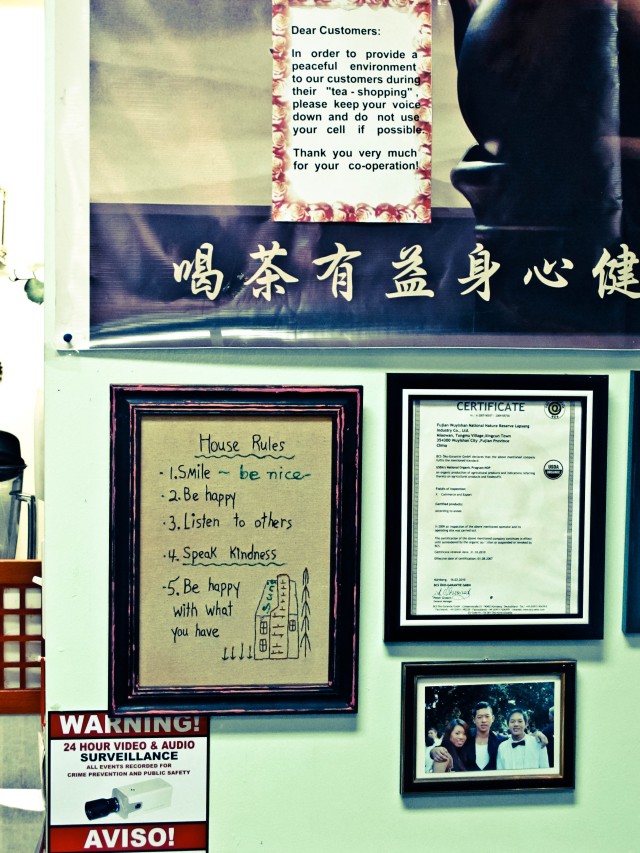 ok, so i’m super confused.  I’m excited, because i’m supposed to just, as the “house” says, smile and “be happy.”  I’m to keep my voice down, in order to maintain their peaceful environment for “tea-shoppers,” which is cool, cause i’m happy to whisper my excitement over a coconut bubble tea, but then, in the midst of my acceptance of being happy with what i have…

Now i don’t know much about it, but i’m not sure this is very feng shui.

#7) Best idea for a Collaboration. 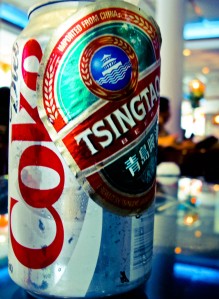 we can take it to Atlanta, we can take it to Quindao, we can get both the CEO’s of both the companies together in Oregon, whatever.  it’s an idea, and as previously noted i’ve had a full bottle of wine, so right now it sounds AMAZING.  Let’s do it.

it appeared on a bucket: 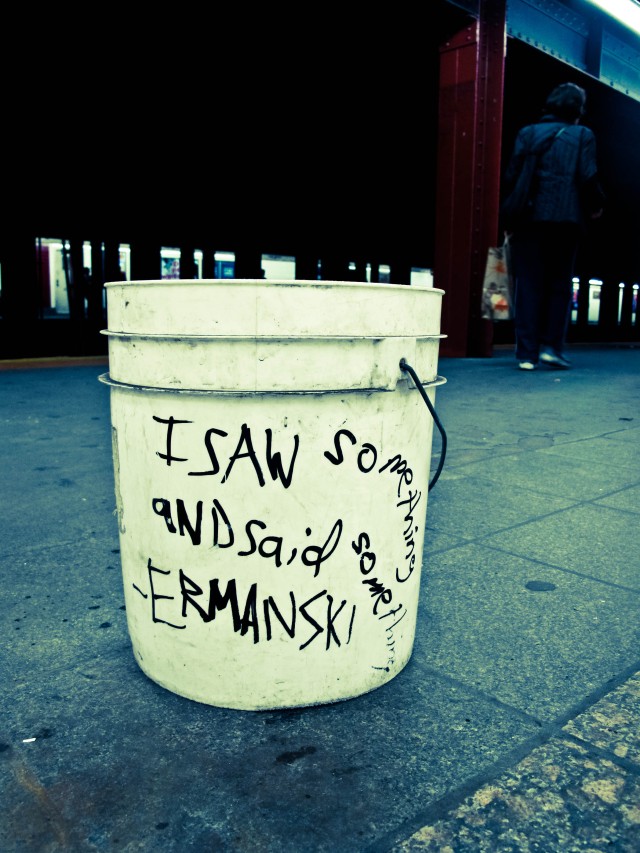 i don’t know what to do with this, but i love this.

I looked up Ermanski, and all i found was some painter named Brian Ermanski who frequently climbed into trash bins to “rescue art that had been put out as trash.”

I have no idea if this bucket is referencing the same quote.  I couldn’t find this exact quote, so i figured it COULD have belonged to the dude on the bench that was sleeping on a bench closest the bucket: 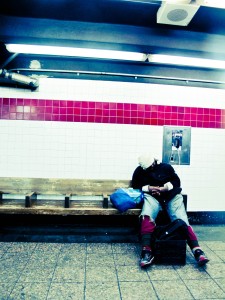 this could be Ermanski, and what is written on the bucket could be his quote.  We’ll never know, because he was asleep and i just didn’t have the balls to wake him up and ask him.

I may need some therapy after this.

First, i shall display the 2 candidates that made it to the final of the best worst display of a dead animal:

The first was at the Hong Kong supermarket at Chinatown: 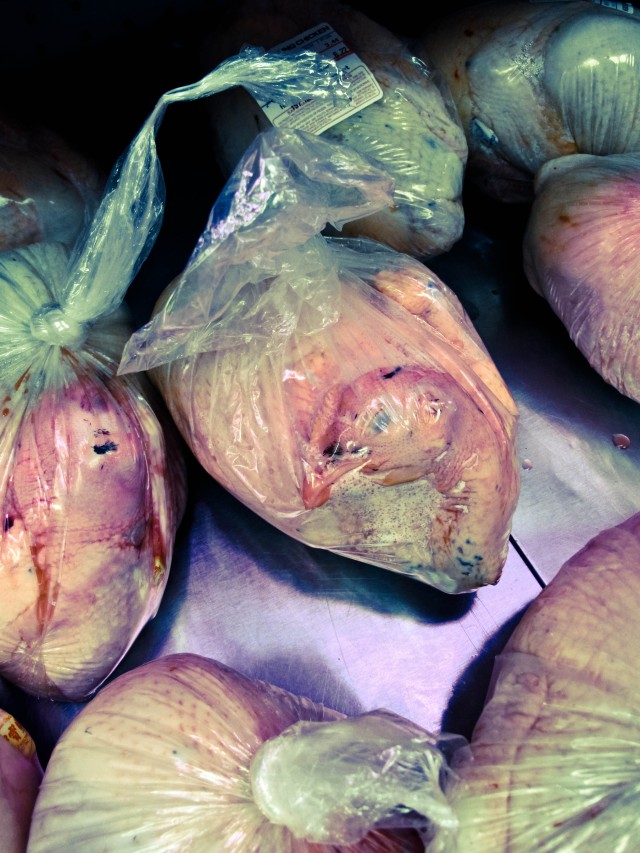 it is a dead duck in a bag.

I’m not sure you needed that last sentence, as clearly, it is, a dead duck in a bag.  done.

Here is the second finalist: 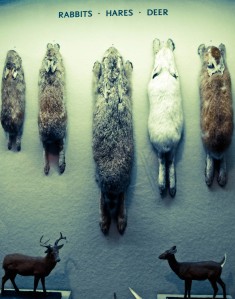 these are dead stuffed Hares.

What i don’t like about these Hares is a) they don’t call them “bunnies.” and b) they are splayed out like a Thanksgiving dinner instead of stuffed like a crouched cute bunny-like stance.

OK, i’ll give it some credit that it’s the Museum of Natural History and they probably know better than i how to display dead bunnies, but still…

But if i had to choose, gun to my head, i would say the duck-in-the-bag probably wins.

Well, this goes to the turtles.  For SURE.

Loved the penguins.  So friggin’ adorable.  They’re legs are clearly too short, making one doubt, for a milli-second, Darwin’s theory.  survival of the fittest, give penguin’s longer legs.

But then we came across this: 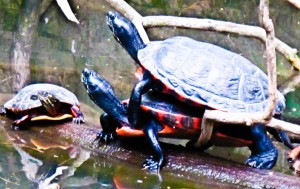 and all was well again.

We survive, we reproduce.

Ok, so the duck in the bag was already dead.  I didn’t see it alive, so i could deal.

the cute fuzzy bunnies had already been shot.  so they were displayed super awkward, but alas, they were dead.

these dudes, however, had not yet met their fate: 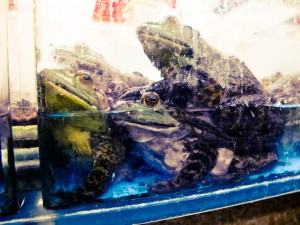 I am not shitting you, they were in a medium, slightly cramped tank at the Hong Kong supermarket, just inches away from the butcher table, waiting for that one customer to say, “i’d like 6 fresh frog legs, please.”

Here, i have to side with my sister.  If ever an argument to go vegetarian, just look into the eyes of these little Kermit’s and tell me you don’t feel something.

I’ve been to Notre Dame, the Duomo, cathedrals in cities all over the world.

But in Queens, there is stained glass of a different sort. 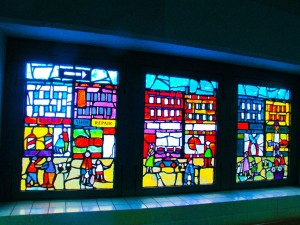 look no further than your friendly neighborhood subway station for stained glass maps on where to find your barber or shoe repair shop.

this was a toss up.  again, in Chinatown.  I played a game with my daughter, one we play all the time, called “would you rather.”  It goes something like this:

“mom, would you rather eat a serving of duck tongues or dried snails?” then you decide.

Now normally, i would take this hypothetically, as i couldn’t REALLY envision either.  You don’t get those at a local Safeway or Piggly Wiggly (old Dallas days, forgive me).

but this time, we had visuals.  real tools to work with, here: 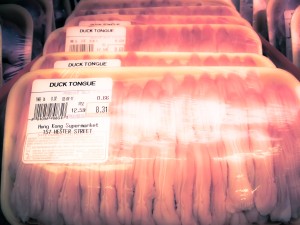 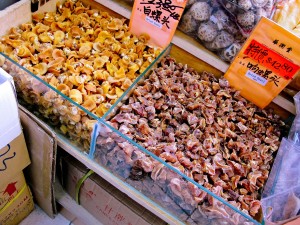 #1) worst mistake we maybe made.

Going to the Museum of Natural History on our final day, we saw lots of weird shit.  Animals that existed millions, if not billions of years ago.

But since they were found so long ago, they were all just a bunch of bones. 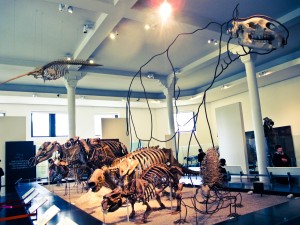 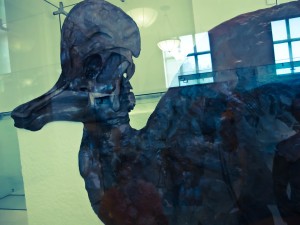 And in another millions and billions of years, they will find our skeletons.  Hopefully it will be before our sun implodes and becomes a white dwarf with a like density of 50 million elephants packed into a singular thimble (another fact i learned thanks to the planetarium at the Museum).

so i’m wondering, with my insignificant body of one on this planet of billions laying on this bed here on a random weekday night… well hell…i’ll just end with a quote from my sister, who said it best,

“I think skeletons are probably much cuter with fur on them.  But what if we got it all wrong?”

New York was a moment.

But worth every duck tongue, smokers’ pole, and elle-ah-noah’s.

And as the elusive Ermanski said, written on a bucket in the NYC subway, “I saw something and said something.”

And in that, i am alive.

7 Responses to alive for a second.